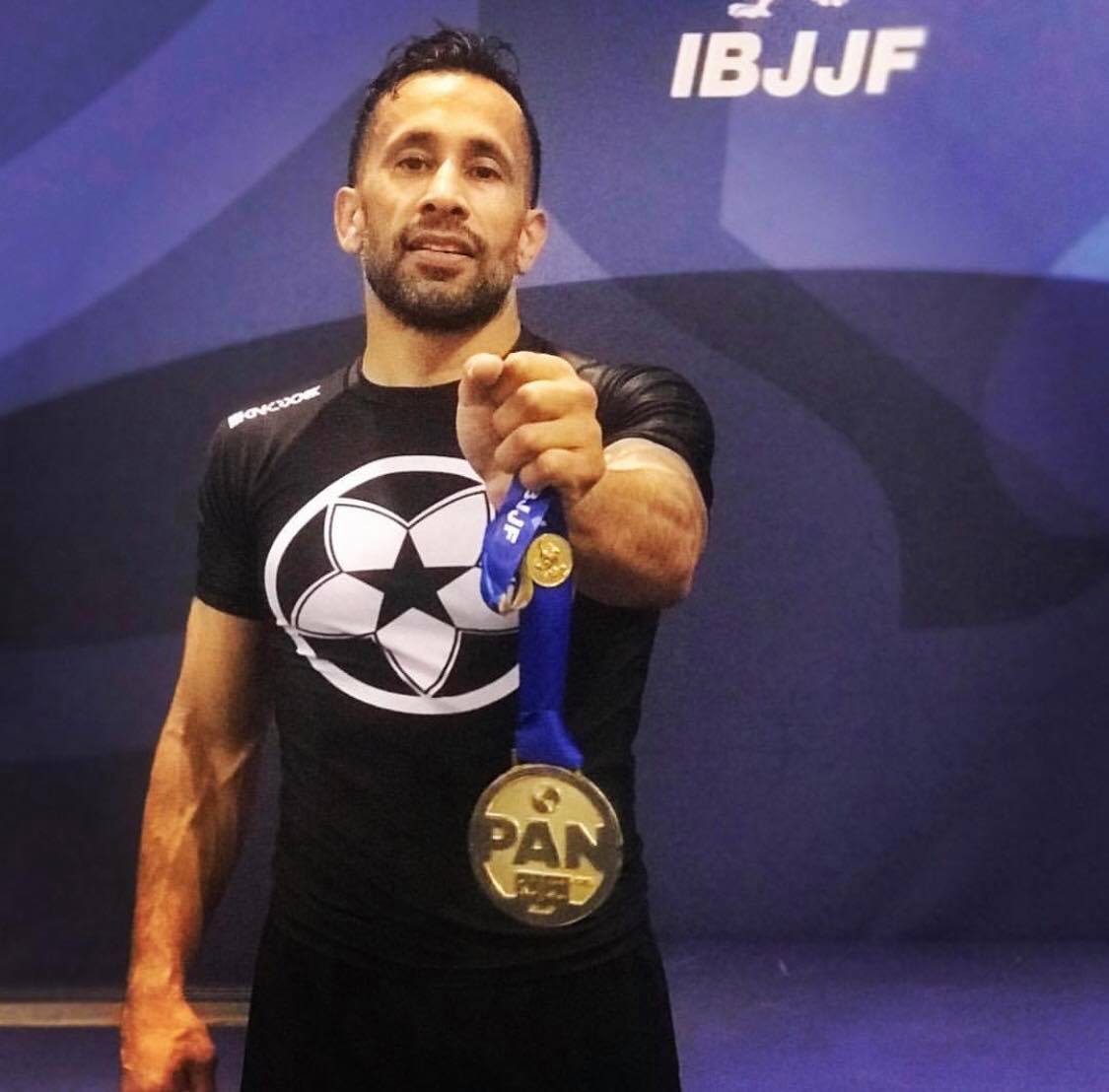 Professor Aaron Zaballos traveled to New York City to compete on September 16 at the IBJJF No Gi Pan American Championships at City College of New York in Manahattan. He had three tough matches at the tournament in his division ultimately taking home the gold medal with a 4-2 victory in the championship match. After competing three years at black belt, this was his first gold medal. Congratulations to Professor Aaron becoming a black belt Pan Am No Gi Champion.